It’s been nine years, eight slaps and a lot of head-fakes in the making, but How I Met Your Mother is finally coming to an end. The show that’s had more than its fair share of ups and downs on Ted’s way to that Farhampton train platform. As I’ve said before, this final season hasn’t really done it for me, but recent failings do not in anyway erase the brilliance of the past. There was a good long while where I would have called HIMYM my favorite show on television, and it’s because of the truly great first four seasons (and also some good stuff in seasons 6 and 7). So to reflect back on the past nine years I’ve decided to offer everybody’s favorite thing, a list of the best episodes. It was pretty damn hard to narrow this down to 15, but I tried (I started at 10 and then added a few I couldn’t justify leaving off). Feel free to wildly disagree, there are certainly a lot of worthy contenders. 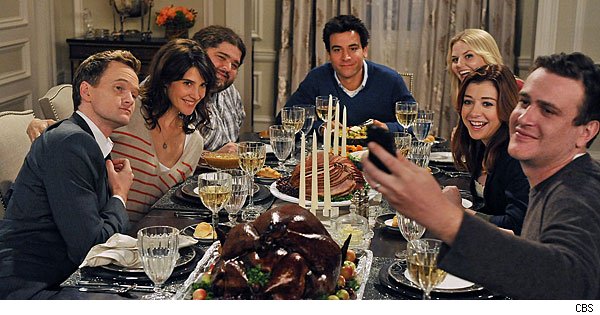 Let’s face it, season 5 of HIMYM was pretty terrible, and even the writers admitted it wasn’t their best. And while the show was never really able to regain the brilliance of seasons 1-4, season 6 was the closest it got. And while we might all want to forget Zoey ever existed, everything that didn’t have to do with her in this episode was classic HIMYM, right down to the creepy whisper of “blitz” as it passed from person to person. Also who doesn’t love a good “boom-a-wang” joke?

If HIMYM is remembered for anything, it will be for its constant and at times flawless execution of the modern TV flashback. The show is often at its best when the gang sits down together (mostly at the bar, here in a mechanic’s shop) and reminisce. This time the story surrounds Marshall’s dying car, and we get to see how Ted and Marshall became friends, how Lily and Robin became friends (complete with Pulp Fiction reference) and a softer side of Barney (well, a more terrified side anyways). 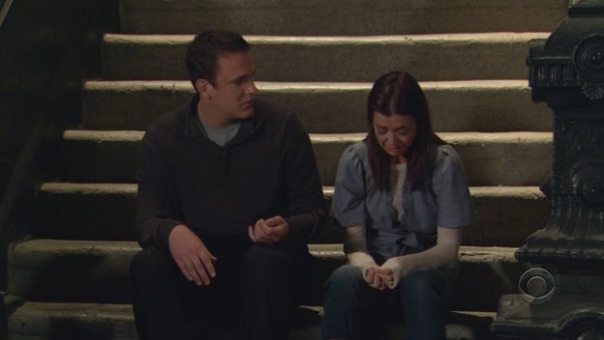 HIMYM has never been the pop-culture reference machine that say Community or 30 Rock is, but in this season 2 outing, most significant for reuniting Marshall and Lily, the show nods at two of its direct ancestors —  Friends and Cheers — first with the opening in the coffee shop and then with the closing rendition of “Where Everybody Knows Your Name.” What’s different about HIMYM is also highlighted here, with the induction of “crazy eyes” into the lexicon, the whacky play with Barney’s name and of course the romantic kiss on the apartment stoop. Marshmallow and Lily Pad, never leave us again.

One of the best things about this show has always been its running gags, and while some have been very much worn out as the show aged, it’s still great to go back and watch their introductions. The interventions have always been particularly good, and never so good as in the first outing. This episode also has a classic HIMYM structure, where serious issues (change is scary and hard) are paired with ridiculous comedy (Barney’s time-traveling old man bit).

“Damnit Trudy what about the pineapple?!” This show has had no shortage of drunken escapades but Ted’s tropical fruit blackout takes the cake. In this early stab at the show’s signature non-linear storytelling we get to relive Ted’s night as he does, in bits and pieces from bystanders the morning after. Unless they decide to reveal the source of the pineapple in the finale (which, you know, they might) this remains one of the show’s best unsolved mysteries. Sometimes drunken stories are just drunken stories.

You probably won’t find this particular one-off episode on many other best episode lists, but there’s something about this particular story that always brings me back. Maybe it’s the Dr. Suess-style rhyme exchanges between Robin and Lily (“I can woo” “That’s not true” “I can too” “It’s just not you”), or the eponymous Woo Girls, or the fact that it’s a great story about how friendships evolve. Sometimes the romantic stuff on this show could get in the way of the fact that these five people also have important platonic relationships to maintain. “Wooo!” is a good reminder of that. 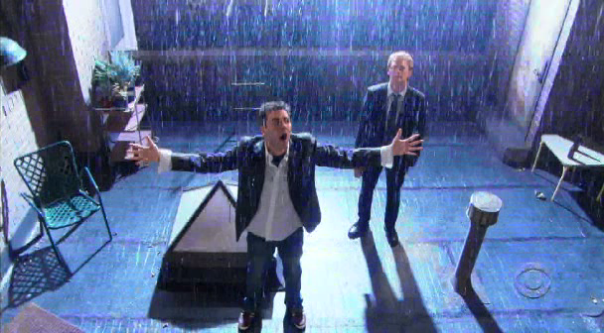 HIMYM has never been afraid of taking its characters to dark places, despite the fact that it’s a sitcom. It’s darkest place was probably in season 6 when Marshall’s father dies, but things were pretty bleak at the end of season 1 too, when Marshall and Lily split after an absolutely heart-wrenching fight. Ted best night is paired with Marshall’s worst. That’s how life shakes out sometimes. Plus, you know, Ted Mosby does a rain dance.

Lily and Marshall’s nuptials bring about one of the funniest fall-out-of-your-chair-laughing sequences in the show’s run, or really on any show. Stuck with a 90s boy band dye job, Marshall panics on his wedding day and shaves the middle of his head. It’s ludicrous, yes, but the general ridiculous aura the show curated over two seasons meant that the bit worked. The humor is matched with a truly romantic intimate wedding ceremony with just the gang that feels just right. As far as wedding episodes go, this one is one of the best (and certainly better than Robin and Barney’s wedding season).

One of the things I love about this show is that it has always categorically argued that everything works out in the end. The fact that Future Ted is talking to his kids from his happily-ever-after vantage point makes this an inherently optimistic show, despite its forays into pain and grief. This is why I will never, ever forgive the show if it turns out the Mother is dead in 2030, as it goes against what I believe to be the core of the series. This theme is revisted several times throughout the show’s run, but never more so than in this episode where Ted tells three stories to explain how he ended up on a street corner one day. A bunch of little things had to happen to give him this one big thing, and without that, he might never have met the Mother. It’s heartfelt and important, but also incredibly funny. (“Here’s a pie chart of my favorite bars! Here’s a bar graph of my favorite pies!”) 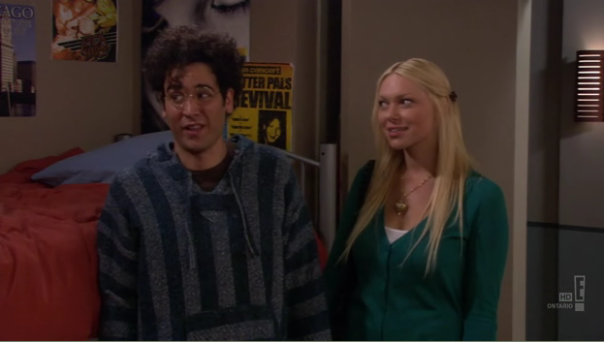 HIMYM would often return to the basic episode structure where the group is sitting around the bar telling a story that unfolds in several flashbacks. This structure is never done better than in “Sorry, Bro,” which has Ted explaining how he’s gotten back together with his college girlfriend, Karen. The rest of the gang’s subplots are effortlessly weaved around Ted’s, from Robin’s sleep-eating to Marshall’s shredded pants. And in a series that’s all about storytelling, it’s fun to see the significant moments hinged on how Ted chooses to tell his story, qualifying that he only kissed Karen once “in the restaurant” and accidentally revealing that he knew too much to have said goodbye to her forever.

Season 2 is hands-down the show’s best, perhaps due in part to the fact that Ted and Robin are together and so there is no time wasted on pushing and pulling them together and apart over and over. Putting Ted and Robin aside also gives Marshall and Lily’s romance a chance to stand out, and after “Swarley” brings them back together “Atlantic City” makes them whole again. They’re in it for the long haul, for all the hard parts, and they can’t cheat by eloping on a dingy boat. Plus we get Barney’s gambling  problem and the insane Chinese casino game. 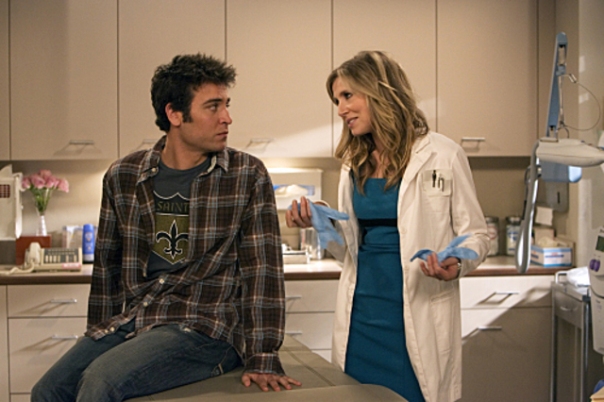 Ted Mosby is often my least-favorite character on the show. That may just be the consequence of creating a person with “douchiness” as a fundmental character trait, and who also is destined to be alone or unhappy for much of the show’s run. So it’s sometimes easy to forget that Ted is a genuinely romantic guy with good intentions. “Ten Sessions” is Ted Mosby at his absolute best, using his over-the-top tendencies in a perfect way. When he takes busy working-mom Stella on the just two-minute date that she has time for, the one-shot sequence is one of the show’s best and most romantic. Just ignore the fact that Britney Spears is in there playing Stella’s receptionist.

It pretty much only took HIMYM five episodes to find its own comedic sensibility. This involves utilizing its storytelling structure, emphasizing relationships be they romantic or friendship, dealing with the struggles of growing up and being heartfelt and simultaneously hilarious. “Okay Awesome” does all of this so early on in the show’s run. What’s most significant is that the episode takes full advantage of the storytelling structure a bunch of times, most effectively when Future Ted freezes the action to tell the audience Marshall went to the dentist that day, and it’s really important to the story, and he’s can’t believe he forgot that part. It’s the sort of joke that only HIMYM could do.

When introducing people to Doctor Who, another show I love, I often have them start with an episode from season 3 called “Blink” which is told from the perspective of an outsider who meets the Doctor, thus introducing the character and the viewer to the sci-fi world. If I were to find a comparable episode of HIMYM, it would have to be “How I Met Everyone Else” which introduces the audience to each character by showing how they got introduced to each other. It’s got a classic MacClaren’s setting, a great Barney bit with the “Hot/Crazy scale” and the storytelling joke where Future Ted can’t remember his date’s name so he calls her “Blah Blah.” It also introduces my absolute favorite running gag, the “eating a sandwich” euphemism. That’s a gag that, while it may not outright make me laugh after they overuse it, definitely makes me smile.

Was there any other episode that could be number 1? Besides introducing the titular long-running bet this episode is also the glorious debut of Robin Sparkles, Robin’s teen Canadian pop star alter-ego. You’re right Robin, porn would have been less embarrassing. This is the episode where the show said hey, we’re willing to really just go for it. Is Robin Sparkles ridiculous? Yes. Is she hilarious? Absolutely. The slaps and Robin Sparkles would reappear all over the rest of the series’ run, right down to the last slap being doled out as Barney was waiting for Robin at the alter. It’s in this episode that so much of the show’s history was created that would shape it over the years. And if you ever needed proof that Ted and Robin don’t belong together, see their opposite picks for slap choices, Ted going for 10 now and Robin going for 5 over all of eternity. Barney goes with Robin’s choice, so make of that what you will.